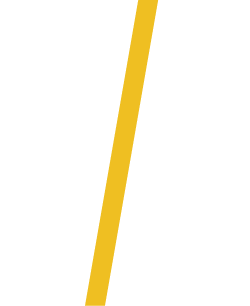 According to Dr. Hacker, one of the most powerful mental skills anyone can practice is imagery. The mental technique of imagery, often called visualization, changed the tune for the U.S. Women’s National Ice Hockey Team, helping them dethrone Canada in the 2018 Pyeongchang Winter Olympics and take home their first Olympic gold medal since 1998.

Leading Edge had the pleasure of sitting down with Dr. Hacker to learn about the importance of mental skills training and how you can implement proven sports psychology techniques like imagery in your own program.

The world’s most elite programs understand better than anyone that talent can only take you so far. That’s why the best turn to various mental conditioning strategies to give them that extra edge.

One technique commonly used is visualization, a pre-performance rehearsal in which a player pictures the event unfolding in their imagination. Dr. Colleen Hacker feels it important to distinguish between visualization and what she deems more powerful: imagery.

So, what is imagery? Imagery is more than simply seeing—it’s a mental skill where you use all of your senses to rehearse a desired outcome by imagining it. In doing so, you are training your body and your mind to make that image a reality.

Dr. Hacker describes imagery as a polysensory and multisensory experience:

The U.S. Women's Ice Hockey olympians aren’t the only athletes to benefit from this powerful mental skill; imagery has contributed to the success of many of the world’s greatest high-pressure performers, including Super Bowl champions Russell Wilson and Tom Brady, and Olympic legend Michael Phelps (who even credits the most improbable one of his record 23 Olympic gold medals directly to imagery).

So how can you leverage imagery to elevate the performance of your program?

Here are 4 tips from Dr. Colleen Hacker for practicing imagery in your program:

#1:  Every sense is important

“See it. Feel it. Hear it. Whether you’re a five-year-old athlete or an elite performer, the more senses that you can bring in, the better the impact will be,” Dr. Hacker advises.

By guiding your players through every sense involved in their shining moment, they’ll be ready for the pounding heart and rushing adrenaline that’s sure to accompany it—and navigate any setbacks that may arise.

#2: Focus on the event from a first-person perspective

Once your players are able to see their success through their own eyes, that success becomes much more tangible.

Now, their game-winning goal is no longer just a dream—it’s a palpable experience that they were able to see and experience in their minds.

#3: Go through the motions

Dr. Hacker recommends guiding your team through every possible stride, throw, kick, or movement that needs to be associated with their success.

“The more specific and detailed you can be with the imagery, the better the effect.” explains Dr. Hacker, “So it's not enough to just say ‘visualize success, visualize doing well.’ We want to be multisensory, and we want to be vivid and and have control over those images.”

The application of these championship visions is critical, because it allows the players to begin to work towards the first steps of living them out.

Additionally, it can help to create a space for your team members to share what they’ve visualized. That way, everyone can work together to envision each element that will contribute to the team’s victory.

A coach must be committed to integrating this pillar of mental skills every day in practice.

The psychological dimension isn’t something that can be developed at a one-time clinic or a single “mental skills” practice day. It’s a pillar that requires just as much work as the technical, tactical, and physiological pillars.

A truly great team possesses a solid foundation in each pillar.

To illustrate her point, Dr. Hacker challenges you to imagine a four-cornered stool with only three legs. A stool with only three legs is a pretty crooked stool, just like how a player utilizing only three pillars isn’t achieving their true athletic potential. However, once you add in that fourth pillar, the product is something that’s carefully balanced and better equipped for high pressure situations.

It’s critical that coaches never underestimate the power of that fourth pillar—and treat it just like they would the other three.

Dr. Colleen Hacker, distinguished mental skills coach and consultant, would argue that the U.S. Women’s Hockey Team’s near-perfect technical, tactical, and physiological ability was missing one critical component: the psychological dimension. These four pillars are the foundation of any champion team.

“Unless your players are actively working on all four pillars,'' she warns, “you're leaving potential and talent on the table.

“It's the psychological dimension that separates the good from the great, and average from excellence. Those six inches between your ears might be the most powerful real estate in the competitive cauldron.”

When Dr. Hacker was brought on as the U.S. Women’s Hockey Mental Skills Coach in preparation for the 2014 Sochi games, she recognized this untapped potential. So, she instituted a rigorous mental conditioning program that eventually helped unlock the gold in 2018.

Everyone from high school athletes to Olympic gold medalists have successfully worked to hone their psychological skills in order to take their game to the next level and realize their potential.

That’s why Dr. Hacker’s expertise has been sought after by some of the world’s most elite programs, including the incredible U.S. Women’s National Soccer Team. As an assistant coach and sports psychology consultant, Dr. Hacker established the mental skills foundation that has enabled the USWNT to win three World Cups and four Olympic Golds since she joined the program 1996.

Just ask the world’s most elite athletes: mental skills training pays off. When a coach values what’s going on inside a player’s head as highly as a player’s technical skills or physiological training, teams succeed.

Dr. Colleen Hacker is an internationally renowned mental skills coach and consultant in performance psychology. Among her countless roles supporting mental skills training for the world’s most elite athletes, she has served as a Sports Psychology Consultant to the United States Women’s National Soccer Team since 1995 and as the Mental Skills Coach for the United States Olympic Ice Hockey Team since 2011.

She is also a Professor of Kinesiology at Pacific Lutheran University.

Check out her book Catch Them Being Good: Everything You Need to Know to Successfully Coach Girls here: https://amazon.com

'Enable' Success for Any Group or Team
Leading Edge by Snap! Raise presents a simple, flexible process for leaders bring teams together, build culture, and achieve goals as a group.
10 Best TED Talks for Coaches and Leaders
Stand on the shoulders of giants (with great coaching tips from Jim Thompson to John Wooden) and up your leadership game with these 10 essential coaching TED Talks.
"You Are Needed Now More Than Ever."
Sidelined USA helps medically disqualified athletes navigate uncertainty. Co-founder Christine Pinalto shares useful mental health strategies.
"Words Create Worlds"
Betsy Butterick shares her expertise in achieving success during adversity via intentional communication on Leading Edge presented by Snap! Raise.
"Nothing is Handed to Us"
Six essential tips for building a program that demands success and stands the test of time from Texas State Champion Coach Karin Keeney of Hebron High School Volleyball.
Six Daily Questions
With best-selling Author Marshall Goldsmith's "6 daily questions", he share how we can become a stronger leaders in less that two minutes per day.
Essentialism: Simplify Your Program to Success
Greg McKeown, the New York Times best-selling author of Essentialism explains why the secret to success is the disciplined pursuit of less.
The 10 Best Leadership Books of 2019 for Youth Coaches and Educators
Great coaching and leadership books from 2019 to help coaches and educators develop their unique style in leadership and program-building.